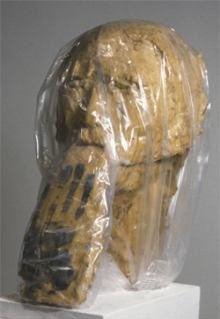 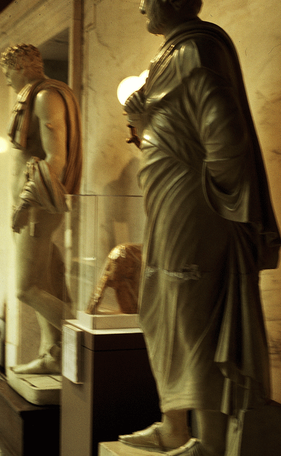 Additional installations that examine ideas of institutional presentation are also shown below.

Based on travel literature from the time of Columbus the sculptures interpret imaginary images of people who supposedly lived at the edge of the known world in 1492. These figures, known as Plinian races, invented by the Roman Pliny as Natural History, can be seen in the Mappa Mundi, Hereford cathedral.

My sculptures are arranged as a museum presentation in the context of plaster casts of Roman figures at the Maryland Institute College of Art, along with objects of exchange between Europeans and Amerindians such as potatoes, pineapples and tiny brass bells.