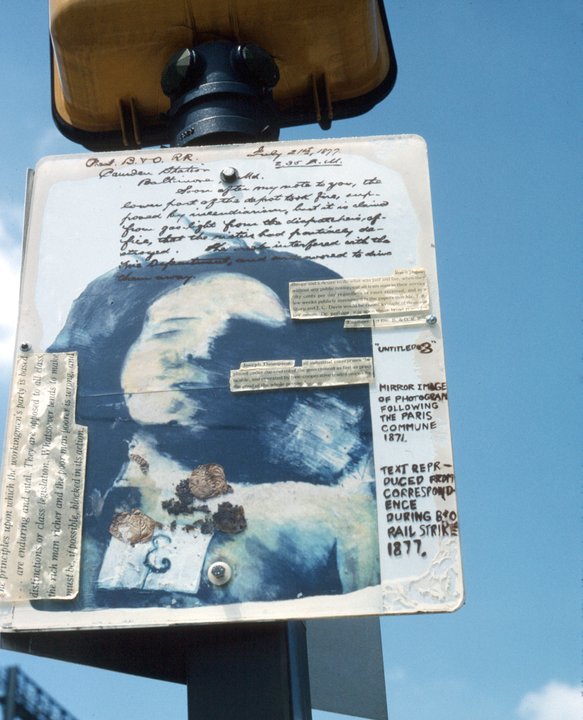 Mayor's Committee on Art and Culture Baltimore 1996 300 Road Signs, curated by Louise Flores. I commemorated the B.&O. Railroad strike - the first incidence of collective action in the U.S., with six site specific signs at Camden Yards. Images are covered in text from telegrams sent during the strike.

Maryland Historical Museum, Baltimore 1997, I was invited to create a painted mural that interpreted an object from the collection. I chose an Arts and Crafts pot from Haynes pottery, 1890. The shape of the pot was painted large scale and included a portrait of William Morris and quotes from Ruskin about craft as un-alienated labour.

Macedonian Museum of Art Thessaloniki Summer 2006  A4, a group show with Joseph Kosuth, curated by Artemis Potamianou. My drawing title:Urn

Click here to see Message Board, curated by Stephen Lee and Gerard Hansen.

'Urn' watercolour on paper, A4

'Message Board', showing the work of Joyce Scott

'Message Board', showing the work of Joyce Scott

'Message Board', showing the work of Zoe Charleton