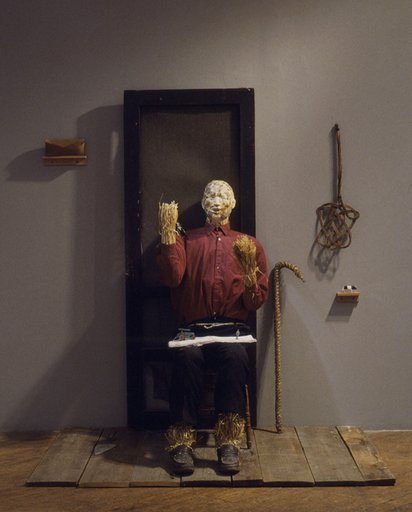 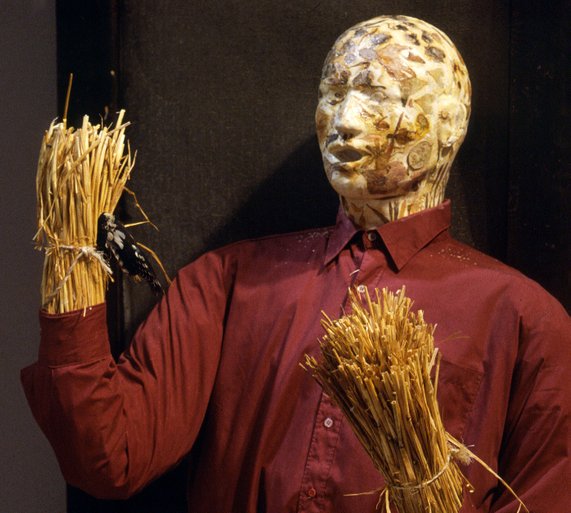 The straw figures, as a play with both representation and language, developed through the context of the American Porch as a site of literature and storytelling. We travelled through the Blue Ridge mountains interviewing people sat on their porches. This was in turns wooden, amusing and fascinating. We were told by one couple that the reason porches often have two front doors, one through which you enter, the other by which you leave is so that a ghost can't follow you.

During one such encounter, we were camping and our children were playing on some swings, when we met a very tall, agile, elderly man with large hands and a welcoming smile, he got up from his porch and came over to us. 'You English?' he said- he'd heard my accent. 'You people were lucky back in WW11, we helped you out, you were in trouble'. He had been a G.I. stationed in England at that time and he continued to recall his war-time experiences. The conversation paused as he gazed into the distance at a hill. 'Where you camped?', he said. We pointed to where we had pitched our tent along the brow of the hill by a criss-crossed fence and clump of trees. 'Up by the old cemetery', he continued. We looked but saw no indication of a cemetery. He casually informed us: 'There's a ghost up there, no need to worry, he's friendly, he knows you'. We looked up at the tent, scanned the area, then back at the old man to see where he gazed, then again up at the hill. 'He's waving to you, it's alright', he knows you', he concluded. He smiled again and ambled back to his chair.